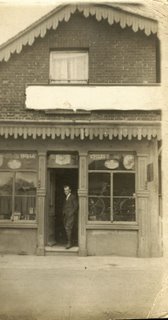 This is the shop my Grandad, Thomas F. Parker, bought in 1919, after he had come home from the Western Front. He became the Raleigh-dealer, selling bicycles, and later on he ran a petrol station in the High Street, Stockbridge.

First he rented part of the house (known as "Stockbridge House"), and later he was able to buy the property. 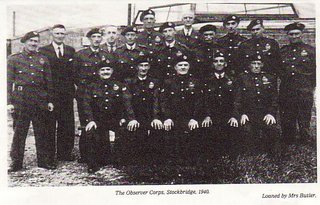 This is meant to publish some memories and pictures of a lovely village in the Hampshire countryside: Stockbridge, where my Dad, Anthony Parker, was born in 1927.

Here you see the Observercorps, which my Grandad, Thomas Farnham Parker (front row, middle), was a member of during the Second World War.